How The Mitchells are Changing Lives with Green Home Solutions 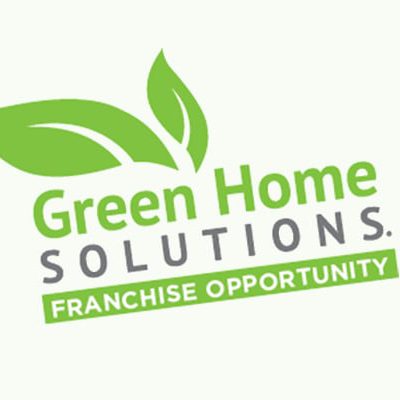 The Husband-and-wife franchisee duo’s journey to success is paving the way for more female entrepreneurs to join the brand.

Together for 13 years and married for seven and a half, Mike and Carly Mitchell always thought they’d go into business together eventually. Yet due to their vastly different career paths up to that point in their lives, though, they hadn’t quite figured out how. When the opportunity to join Green Home Solutions materialized, the Mitchells knew they had found their answer. In the years since, their business has grown into one of the top franchises in the system, all thanks to their continued hustle.

“I began my career self employed as a singer and entertainer,” Carly said. “My parents were radio DJs in Cleveland, so I grew up around music. I was then a mortgage banker for 10 years. Mike was a foreman at a plastics engineering plant, where he was in charge of operations. He also did some consulting work at other manufacturing sites on the side. As an efficient, hands-on supervisory motivator, his skills coupled with my sales experience made sense for us to go into business, but we didn’t know how to put it all together.”

After moving from Akron to Strongsville, Ohio, in 2012, Carly was working in banking when she began exploring several franchise concepts, eventually landing on Green Home Solutions. The indoor air quality restoration business invited the Mitchells to its annual convention as part of the introduction process, and the pair decided to attend.

“[Green Home Solutions Chief Cultural Officer] Russ Weldon got up and said, ‘This isn’t a revolution, it’s an evolution. We have great products we know work and are taking them to customers,’” Carly said. “In banking, I had looked at mold reports for years and Green Home Solutions’ business model made sense to me.”

Since getting on board with Green Home Solutions in 2014, the Mitchells have increased their business by 60 percent every year, an impressive feat that only becomes more significant when considering just Mike and Carly had been running the business up until April 2018.

“As big of a challenge as finding strong employees is, as an owner, you pay more attention to detail than anyone,” Carly said, “So for me, the challenge was becoming a leader and finding the right people to add to the business. We’re building something special and aren’t willing to compromise. With those ambitious goals, we knew we weren’t going to be able to grow without help.”

With the birth of their daughter, Grace, in June 2018 serving as the catalyst for doing the hard work to build out their staff, the Mitchells’ continued hustle was recognized at the Green Home Solutions convention last year. Not only did the two win an award for being one of the top-grossing units in the system last year, but they also served on a sales panel to talk to other franchisees about success and team building.

“I was really proud to be a part of the convention this year,” Carly said. “It really affirmed that all of our hard work over the last five years is paying off. We leaned on the system for support, clawed our way up, and now there are people who can lean on us.”

Being one of the most successful franchises in the Green Home Solutions system is a point of pride for Carly in particular because it shows the viability of this business for female entrepreneurs. Because of the uniqueness of Green Home Solutions’ services, competition in the market is severely lacking and therefore allows for her to maintain regular business hours, allowing her to keep the balance she sees as critical to raising her family.

“Keeping balance is our priority,” she said. “In my former life, balance didn’t exist, but I was very successful. Now, I determine the balance. My motivation is to have it all, a family and a business. Green Home Solutions makes it so achievable, while so many other businesses limit you. This is really a limitless opportunity.”

Mike and Carly have put in the work to build up their team, creating the opportunity to draw even more clients to the brand and its services. Developing that support system behind them as owners to allow growth within their territory has made all the difference for the Mitchells.

“I never set out to own an indoor air quality restoration business,” Carly joked. “If you would have told me at age 19 that this was where life would take me, I would have said, ‘That’s crazy.’ But being able to have it all – a baby, a life outside of work and a thriving business in my community – is so much better than I imagined or planned. It’s an awesome reality.